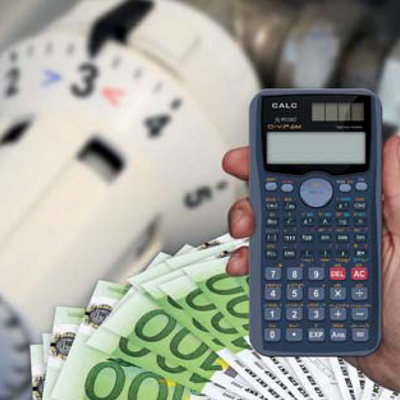 Retail representative groups have been submitting their pre-budget submissions to the Department of Finance - and rising energy costs are high on the agenda. RGDATA has called on Government to implement a rebate scheme for businesses, in Budget 2023, to offset rising energy costs. The rebate, suggested the association, should be bookmarked for businesses that can “demonstrate their energy costs have doubled over the last 12 months” and might be offset against other business tax payments.

According to RGDATA, retailers “have a significant 24/7 reliance on electricity for lighting, refrigeration and air conditioning and heat. Individual supermarkets have seen energy costs double from €200k per annum to €400k per annum. This is completely unsustainable.” In their Summer Economic Statement, Minister for Finance Paschal Donohoe TD and Michael McGrath TD, Minister for Public Expenditure and Reform, set out a budget strategy that would focus on the cost of living crisis in Irish households.

While a VAT cut on household gas and electricity bills (from 13.5% to 9%), due to end in October, is expected to be extended, no such benefits were mooted for retail businesses. According to William Hanley, who owns a SuperValu store in south-west Dublin, business costs for gas and electricity are at an all time high: “Households have been sheltered. That isn’t any benefit to retailers. We don’t benefit from that cut in VAT.” A Musgrave Group spokesperson agreed: “We are doing everything we can for shoppers during these inflationary times, but our independent retail partners need support. SuperValu, Centra and Daybreak retailers are facing rapidly rising costs as energy prices are doubling and trebling. We are grateful to Government for their support during the Covid-19 pandemic. But independent retailersare now facing a new crisis and without Government support, the future of community retailing is in doubt in many areas across the country.”

Energy costs are part of a backdrop of increasing business costs, which retailers hope the Government will address in Budget 2023. After the minimum wage increased 3% earlier this year, from €10.20 to €10.50, the government is now conducting a public consultation on the phasing-in of a Living Wage, which currently stands €12.17, over the next four years. Hanley said he was not opposed to the notion of a living wage, but feared that an increase would push up higher salary brackets. “We’re going to have sick pay benefit, kicking in this year, which will be an immediate cost to us. We’ll have mandatory pension contributions coming at us at the start of 2023. If we do nothing, all our costs are going to increase 50% over the next three and a half years, which is completely unsustainable,” he warned.

“Our customers are not going to be willing to pay for that. So we’ll have to find ways of mitigating against that through technology or [a reduction in] service.” Musgrave Group would like to see Budget 2023 include: a temporary suspension of commercial rates; the inclusion of food retailers in existing and future energy support schemes, and rebate for food retailers when energy costs as a percentage of turnover increase over predefined thresholds.

Alongside rates of pay, sick leave and pensions, there are additional compliance costs associated with the introduction of new environmental schemes such as the ‘Latte levy’, Deposit & Return Scheme, and plastics recovery, RGDATA noted in its submission. Retailers are also dealing with labour shortages, driven in part by the housing crisis. “One of the very real difficulties that many employers in our sector are experiencing is the problems our potential staff have in finding accommodation,” wrote CSNA in its pre-Budget submission. CSNA are seeking the introduction of incentives to let long or short-term properties to staff; incentives that could include a cut in rental taxes. “We need an influx of labour,” said Hanley, a CSNA representative.

“People would come to Ireland if there was affordable accommodation.” ISME, in their submission for Budget 2023, noted that Ireland is “experiencing exceptional economic volatility as a result of significant consumer inflation” and laid out a package of tax reform.

CSNA called for a reduction in employers’ PRSI “so businesses can partially offset increased salary costs” and an increase of the existing Small Benefit Exemption for employees from €500 to €1,000 per annum. Musgrave would also welcome a reduction in employers’ PRSI. The group also called for a retail cost audit to get an overall picture of the increased costs faced by retailers (Statutory Sick Pay, Pension Auto Enrolment, Living Wage, Levy on Single-use Coffee Cups, Deposit Return Scheme) combined with input costs (Energy, Commodity inflation and Insurance). Retailers want the Government to review the commercial rates regime to level the playing field between bricksand-mortar stores and online retailing, which is booming without equitable costs. RGDATA requested relief from Commercial Rates and Development Levies for retail businesses until the end of 2023, as well as the introduction of a Vacant Property Tax; and Capital Allowances for retailers who invest in their businesses. Insurance continues to maintain a stranglehold over the sector.

Hanley blamed the lack of competition in the Irish marketplace. “I still can’t get insurance in the Irish market,” he said. “I have to go elsewhere; otherwise I wouldn’t be insurable. Providers aren’t interested in operating in Ireland. They don’t perceive it as being a good business model.” RGDATA called for the introduction of “appropriate funding” for departments and agencies involved in the implementation of insurance reform, and the introduction of a levy on the profits of insurance “incumbents” who do not reduce their premia “by a reasonable percentage given the positive impact of insurance reforms”.

Retailers are requesting an extension of the 9% VAT rate for the hospitality and newspaper and magazine sector, and additional funding for sustainability initiatives. CSNA, for example, believe “there should be new measures to incentivise private individuals and the private business sector to invest in green properties”. RGDATA requested that food retailers should be included in Green Transition grant schemes for SME’s and the Government’s energy grant scheme. They called for assurance that the new Deposit and Return Scheme will be “cost neutral” for nonproducer retailers, and wanted a review of the financial impact of the proposed ‘Latte Levy’ on community-based shops.

In Budget 2022, the drinks industry had reason for optimism after the introduction of an excise relief programme of up to 50% for independent small producers of cider and other fermented beverages. But, like other retailers, off-licences are plagued by rising business costs. Evelyn Jones, Government Affairs Director, for NOffLA, called for a 7.5% reduction in alcohol excise duty in Budget 2023, in light of Minimum Unit Pricing, which she said “prohibits alcohol being sold at dangerously low prices. Therefore, we are challenging the rationale of Ireland’s punitively high excise rates – which remain among the highest in Europe – from the perspective of a public health policy."

Tobacco retailers have no such optimism. Retailers Against Smuggling (RAS) are putting together a submission but “like every other year, it will more than likely fall on deaf ears,” Benny Gilsenan, RAS spokesperson, told Retail News: “Last year it went up 50c. It’s gone up 50c every year since 1999. You can almost predict what’s going to happen. There’s no politician that I’ve spoken to or met that indicated they will change the tactic.” Budget 2023 is expected to be published earlier this year, in late September, in order to help Irish households. Retailers want to ensure that Government won’t forget they have been impacted by the energy crisis too. “They’ve done something for the general public, but very little for business on that front,” concluded Hanley. “They need to come up with a winter plan around this. Ultimately, if nothing is done, it’s going to lead to further inflation."