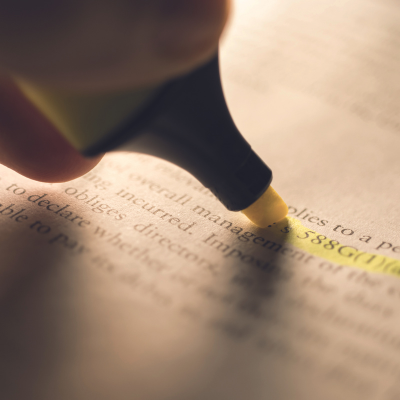 A NEW food ombudsman, whose role will be to “enhance transparency” within the food supply chain in Ireland, should not impede on competition and market forces in the Irish grocery sector, according to supplier and retail representatives. The independent statutory authority is being enacted under the Agricultural and Food Supply Chain Bill 2022, and will act as the state’s enforcement authority for Unfair Trading Practices (UTP) legislation.

“The enforcement authority cannot have a remit in assessing the genuine commercial negotiations of suppliers and retailers,” said Paul Kelly, Director of Food Drink Ireland. “Such a level of intervention would negatively affect the dynamic in the sector to deliver on consumer demands for value, quality and convenience.” Arnold Dillon, Director of Retail Ireland, told RETAIL NEWS that while his organisation appreciated the need to “ensure fairness and sustainability” in the agri-food supply chain, “it is crucial that the proposed legislation facilitates free and fair competition, to ensure value, quality and choice for consumers”.

The Office for Fairness and Transparency in the Agri-Food Supply Chain will engage with retailers, according to Dillon: “We anticipate that the new authority will have ongoing engagement with retailers during the course of its work, although its exact form has yet to be fully determined. This will depend on the final legislation.” Kelly welcomed the proposed legislation, which is currently with the Office of Parliamentary Counsel and will be presented to both Houses of the Oireachtas when complete, describing it as comprehensive in its ambitions. Retail Ireland is drafting submissions on how the authority can take a “balanced approach to regulating the food supply chain”.

The new office aims to analyse pricing in the Irish market and engage with processors, wholesalers, farmers, as well as retail. It will also have the power to enforce the EU Directive on Unfair Trading Practices (UTPs), which transposed into Irish law in April 2021. The Unfair Trading Practices Enforcement Authority is currently located in the Department of Agriculture, Food and Marine, where it was established on an interim basis. According to a spokesperson for the Department of Agriculture, the Interim UTP Authority is engaging with “the largest businesses operating across the agricultural and food products supply chain, who have been requested to nominate a Compliance/ Liaison Officer as the designated contact to ensure compliance with the UTP regulations. For the largest businesses in the State at the top end of the supply chain, including the largest retailers, [the authority is] holding meetings with the nominated Officer on a quarterly basis and seeking more details on specific actions taken/planned by the business to ensure ongoing compliance.”

A survey commissioned by the Interim UTP Authority, published in May, found that 53% of supplier respondents had been subject to ‘Black UTP’s’, which are prohibited in all circumstances. For example, 32% of claimants said they had received payment later than 30 days for perishable agricultural and food products. Tara Buckley, Director General of RGDATA, noted that the new regulator is more likely to engage with large wholesalers and retail groups than small retailers. “We wanted to make sure there weren’t onerous obligations on smaller retailers with a very small footprint, because they were not the problem, in terms of farmers being worried about fair practices,” she said.

The proposed authority – and the corresponding UTP legislation – is geared to protect producers and suppliers. “Effective legislation can prevent retailers transferring excessive risks and costs of doing business onto suppliers without placing undue burdens on retailers,” said Kelly. “It should ensure that the risks and costs of responding to changing consumer demands are shared equitably between supplier and retailer, allowing both to grow sustainable businesses. This should be the focus of the new office.” But what about alleged unfair trading practices against retailers?

In the Interim UTP Authority survey, 11% of supplier respondents claimed to have experienced the ‘Black UTP’ of “unilateral contract changes”. This applies specifically to the agri-food sector, but retailers have also alleged “unilateral contract changes” in Irish newspaper distribution, when carriage service charges are increased without consultation. “Competition law is rarely sympathetic to SMEs in relation to larger suppliers, once they can suggest that the end user (the consumer) is a shared beneficiary of their actions,” said Vincent Jennings, CEO of CSNA. According to Peter Gaughan, owner of a Spar store in Balla, Co. Mayo, the selling price of cigarettes is dictated by the cigarette supplier, which he described as “patently unfair, especially for something that is a big part of our mix”.Jennnings also condemned “the linking of supplies of one product, with an insistence the store sells other products from the range”.

Tara Buckley said that RGDATA had made representations of complaints to the Competition and Consumer Protection Commission without any action taking place. “In the absence of a regulator to look at unfair trading practices right across business, the only people around are the Competition Commission and they’ve never taken on board complaints we’ve made to them,” she remarked. “We made complaints in the past about newspaper distributors, mobile phone top-ups, and other people who have monopoly positions in the market and are much bigger than the retailers dealing with them. But nothing changed in the way they operate. "In the case of the existing UTP legislation, she added, “there are huge, global suppliers who are much bigger than BWG and Musgrave, for example. They have these protections and BWG or Musgrave don’t have them.”

A spokesperson for the Department of Agriculture told RETAIL NEWS that the interim UTP Enforcement Authority “has been assigned all the necessary legal powers to investigate complaints from suppliers of agricultural and food products, to carry out investigations on its own initiative, and to initiate legal proceedings for breaches of the unfair trading practices defined in the Directive… Once the new Office is established, these powers of enforcement and investigation shall transfer accordingly.” The purpose of the UTPs is to protect smaller, primary producers and not larger multi-national corporations, argued Arnold Dillon, “and this needs to be reflected in the legislation”.

Paul Kelly called for the legislation to apply “to all grocery suppliers and not just farmers and suppliers up to €350m turnover, as is currently the case with the transposed UTP Directive. Such an extension would align with the scope of the Irish Grocery Goods Regulations 2016, which covered the relationship between Regulated Grocery Goods Undertakings and suppliers, regardless of size. Ireland had comprehensive protections in place for grocery suppliers until the 2016 Regulations were withdrawn and this should be rectified."