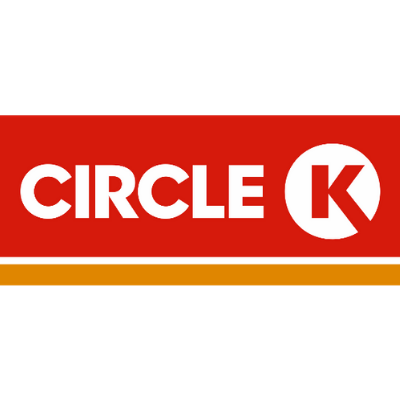 Circle K, Ireland’s leading forecourt and convenience retailer and proud partner of both Irish Olympic and Paralympic Teams, is today launching a new Here for Ireland promotion to reiterate its support of Team Ireland athletes,Over the course of the initiative to date, Circle K customers have generated more than 218m digital coins, worth approximately €750,000 for the athletes to use, all of which have been shared evenly amongst them.

172 Irish athletes from around the country have signed up to Here for Ireland and since the initiative first launched in 2019, they have redeemed enough miles fuel to travel to Tokyo an incredible 155 times. They have also redeemed thousands of snacks, sandwiches and hot drinks to keep them fuelled on the longer road to the Olympics this summer.

Through the ‘Here for Ireland’ initiative, Circle K customers can show their support for Team Ireland athletes as they strive to achieve Olympic and Paralympic glory in Tokyo next year, by simply scanning either the Circle K app or their Play or Park loyalty tag in-store. In so doing, they will automatically generate digital coins, which Team Ireland athletes can then use to fuel their journey to Tokyo.

Inspired by the 2021 Olympics Torch Relay which begins today, Circle K’s new promotion ‘Keep It Lit’ will travel from county to county across the island of Ireland. Every county across the island of Ireland is included so all customers will have a chance to participate. Each time customers scan the Circle K app or their Play or Park loyalty tag in-store when ‘Keep It Lit’ is running at their local station, they will automatically double the value of digital coins that Team Ireland athletes will receive at no cost to them. Team Ireland athletes can then use the digital coins on Circle K fuel, services, and in-store items.

Circle K’s ‘Keep It Lit’ promotion launches in Carlow today. Customers are encouraged to keep an eye on Circle K Ireland on Facebook and @circlekireland on Instagram where details of when Keep It Lit will visit your county will be shared in the coming weeks.

Shane Ryan said: “Circle K has made my Olympics journey much easier. The past year has been tough on us all, but the support of Circle K staff and customers has carried me through this challenging time. Circle K has brought myself and my teammates closer to our communities through the ‘Here for Ireland’ initiative which has helped us to stay focused on Tokyo’.

The Games are finally almost upon us and while there’s just a few weeks left, your support will make such a difference. Keep an eye out for when the ‘Keep It Lit’ promotion will visit your county, as Circle K has now made it easier than ever for you to double up on your support’.

Joanne D’Arcy, Director of Market Development at Circle K Ireland, added: ‘’We are extremely proud of what our partnership with the Irish Olympic and Paralympic Teams has achieved thus far. Communities across Ireland have come together to show their support for the country’s homegrown champions and have helped them to realise their Olympic and Paralympic dreams. The digital coins generated to date have redeemed enough fuel to get Team Ireland to Tokyo an incredible 155 times!

While the ‘Keep It Lit’ promotion is running before the Tokyo Games, athletes will still be able to redeem their coins when they return home and take a well-deserved break after years of hard work. ‘Keep It Lit’ is an expression that originated in Ireland, so come on, let’s show the world why by giving Team Ireland one last push!’

Peter Sherrard, CEO of the Olympic Federation of Ireland, added: “Today marks an exciting milestone for Team Ireland in the lead up to the Tokyo Olympics, as the Olympic Torch Relay begins its journey to Tokyo. We are delighted to support Circle K’s celebration of this moment with their Keep It Lit initiative, which will see our athletes benefit from the support of Irish people right around the country.

A simple purchase in a Circle K garage will result in double points for our athletes, which is of real assistance to them at this crucial juncture. Every time Team Ireland athletes shop in Circle K they get discounted fuel or items, thanks to the support of Circle K and its customers. For athletes who have invested so much in preparing for Tokyo, this help on their journey is invaluable.”

Applegreen commits to Net Zero by 2030 in Ireland

Ireland has a New Favourite Brew! 63% of the Irish Public Prefer Coffee Over Tea