CIRCLE K OPENS ITS LARGEST SERVICE STATION IN THE WORLD ON THE M11 AT GOREY CO. WEXFORD 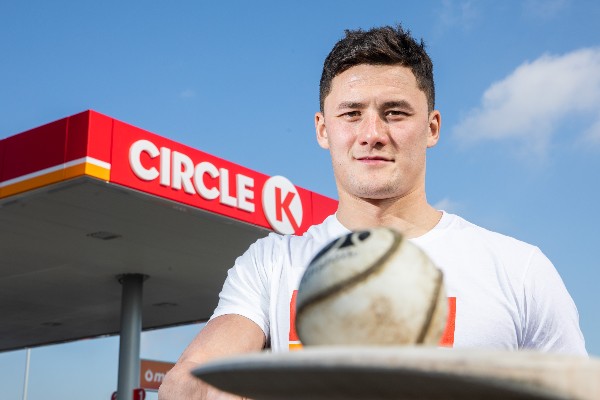 Circle K, Ireland’s largest fuel and convenience retailer, has opened the largest service station in its global network; Circle K Gorey on the M11 in Co Wexford, creating 40 new jobs in the locality.

The official opening celebration, attended by Circle K senior management and local political dignitaries, took place on Thursday 28th March with a host of special offers available in store on the day.

The opening of Circle K Gorey is a hugely significant move for Circle K, with the new state of the art site being of significant strategic importance to the M11/N11 commuter belt, where Circle K expect to cater for up to 20,000 Irish commuters daily.

The newest opening is part of an overall investment of €35 million by Circle K, announced in 2018, into the development of four new sites. The first of these sites located at J7 Kill on the N7 opened just last December with further new site openings scheduled for this year in Kilcullen, Co. Kildare and Athlone, Co. Westmeath along with this newest addition at Gorey.

Topping off the extensive offering at the Gorey site which will be open on a 24/7 basis, there is a seated café area; an indoor and outdoor children’s play area; a Fáilte Ireland tourist information point and extensive parking for customers including truck and coach spaces. The site will also have a McDonalds restaurant.

Niall Anderton, Managing Director of Circle K Ireland commented, “It is a momentous occasion for Circle K, as we mark the opening of the largest Circle K in the entire global Circle K network, on the M11 at Gorey and look forward to catering for the needs of some 20,000 motorists daily.

With this newest addition to the Circle K network, we are also delighted to bring 40 new jobs to the local area which further reinforces Circle K’s ongoing commitment to investment and job creation in the Irish market.

2019 is another huge year for Circle K as we will open two further state of the art sites on the M9 at Kilcullen in Co. Kildare and the M6 at Athlone, Co. Westmeath which again will be significant additions to the Irish transport network.’’