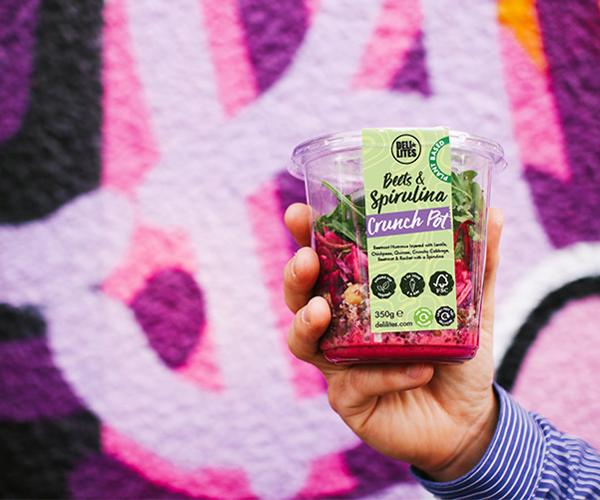 A plant-based vegan Beets and Spirulina Crunch Pot, created by Irish food on the go brand, DELI LITES has won the Overall Product of the Year at the Irish Quality Food and Drink Awards.

The news is a massive coup for the Warrenpoint-based food manufacturer which has won category prizes in each of the last five Irish Quality Food and Drink awards and this year had products nominated in four categories.

The winning Vegan, Plant based Salad Crunch Pot took top prize from more than a thousand entries, representing the best of the island’s food and drink products. It combines Sweet Beetroot hummus, Chickpea, Lentil and Quinoa, with a Crunchy Pickled Shredded Beetroot and Cabbage Slaw topped with Peppery Rocket Leaves and finished with a Spirulina Dressing.

DELI LITES develops its own unique dressings through collaboration between its in-house nutritionist and award winning development chefs.  The Crunch Pot product was launched in June across a range of Northern Ireland based retailers including Centra, Mace, Supervalu, and a number of independents.

As well as winning Gold for its Beets and Spirulina Crunch Pot in the Vegan / Vegetarian Other Items Category, DELI LITES picked up Bronze awards for its Hoisin Chicken and Spiced Noodle Wrap in the  Food To Go Category and its Hashbrown Topped Breakfast Tósta in the Food Service Category.

“To have achieved four nominations and to win the biggest prize on the night at what are acknowledged as the Irish Food and Drink Oscars, is testament to our chef-led new product development team and the insightful grasp they have of upcoming trends in healthy and convenient, food on the go lunch options.

“The Irish Quality Food and Drink Awards are renowned throughout the industry for their rigorous and stringent judging process. Using a combination of ranking and discussion, the panel of judging experts identify and award stand-out products using well-established IQFDA criteria.

“These awards are based on taste, flavour, texture, aroma, ingredients list, provenance, packaging, product appearance, price point, value for money and innovation, so we are particularly proud." 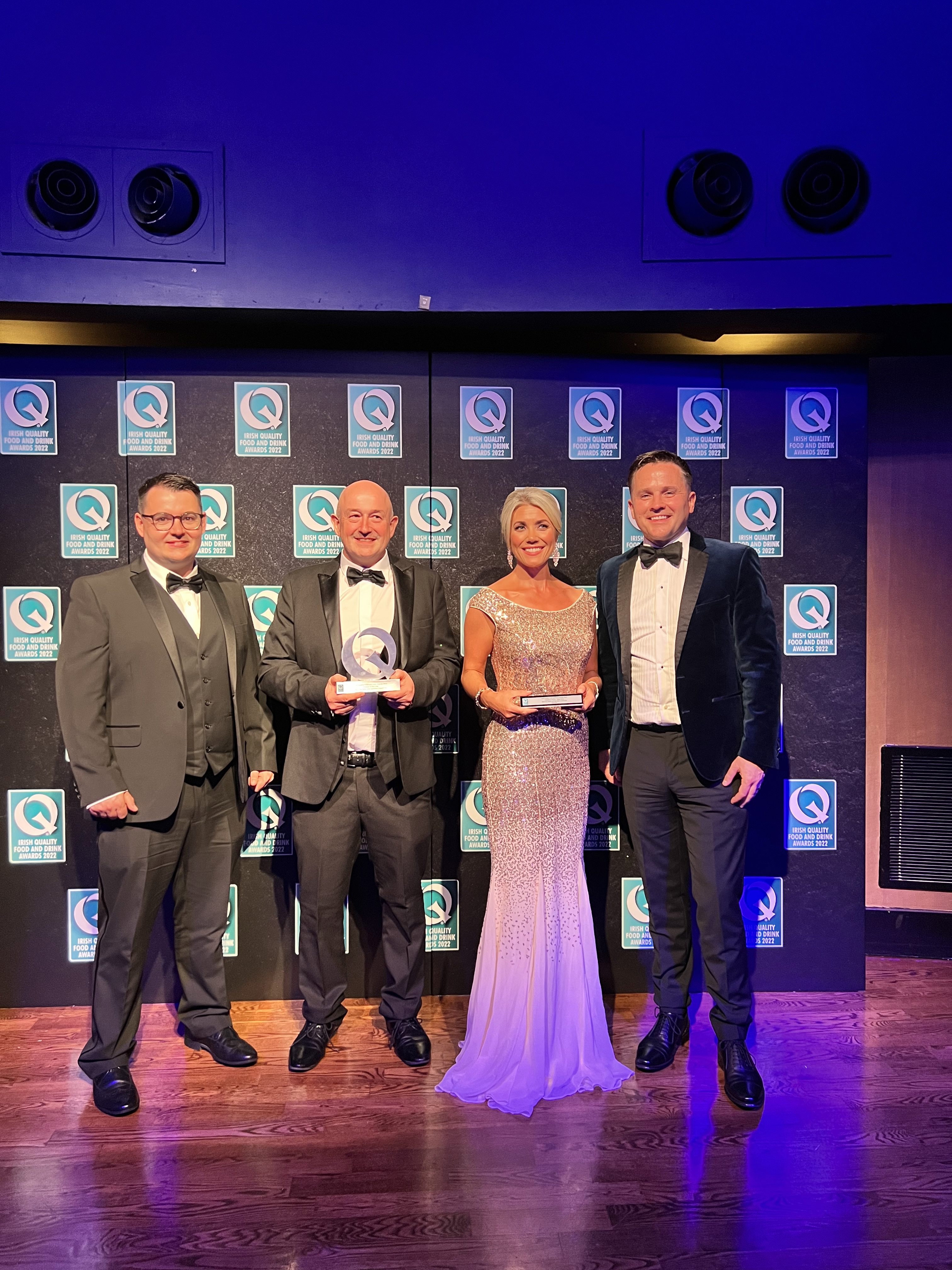 The Overall Product of the Year is awarded once all general category judging has been complete and symbolises the product which the panel agree is truly outstanding and worthy of the ultimate accolade.

DELI LITES’ Food Innovation Manager, Gary McDowell added: “The brief for this product was to create something that was different – something innovative, healthy that a consumer could eat on the run. But it had to be vibrant, colourful, nutritious, with clear health benefits. What we produced ticked all those boxes and was plant based into the bargain.

“Beets are great for supporting energy levels and helping muscle recovery while Spirulina is packed with antioxidants and anti-inflammatory properties. Meanwhile, the pulses provide protein and fibre, and absorb the flavours of the dressing, making it the best plant-based lunch on the move.”

With three key brands in its award-winning stable of food on the go options DELI LITES is carving out a reputation as a true innovator, market disruptor, responsible corporate citizen and an organisation focused on the wellbeing and development of its team.

Its customer includes stellar names from retail and food service.

Established in 1998 and led by co-founders, Brian and Jackie Reid, the business supplies a range of hand-crafted food-to-go products to a host of major retailers across Ireland, the UK, Europe, and the rest of the world. It produces over 40million products annually and employs more than 200 people.

Brian Reid, DELI LITES’ Co-Founder and CEO continued: “Over the last five years, we have experienced exponential growth, securing new contracts with major multiplies, cafe chains and blue-chip customers worldwide. With chef-led innovation, our products are healthy, tasty, and convenient and therefore appeal to a wide-ranging consumer base.”