Digital skills for success - training to boost your business 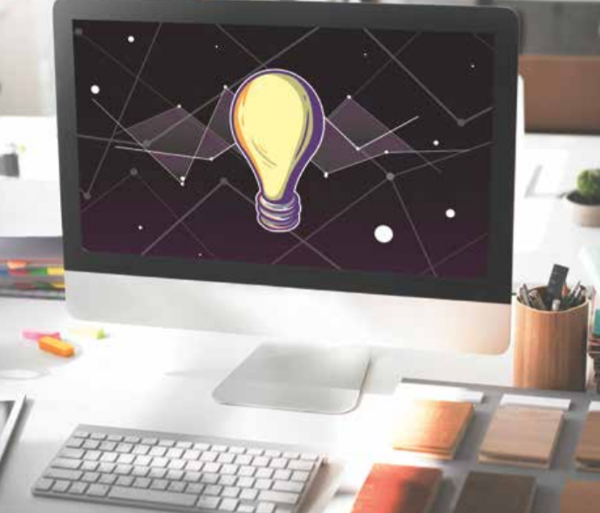 Though Ireland fares among the best in the EU for the digital skills of its population, the general level of knowledge is less than one might think, with 42% of Irish adults rating their skills as below average. Morgan Stokes examines the reasons behind the figure and the ways that you can help your team improve in this area.

Though Irish retailers have been increasingly forced to carry out their business online since we first locked down over a year ago, the FMCG sector has largely been able to keep its doors open and do the heroic work of feeding the country in a once-in-a-century crisis. But there’s no doubt that consumer behaviour has changed – customers are increasingly looking for online delivery options and searching for special offers on social media.

The pace of automation and technological innovation had already been accelerating well before Covid-19, with a Retail Ireland Skillnet report from early 2020 finding that some 36% of store owners planned to make significant improvements across internal systems such as self-checkouts and hand-held terminals, eCommerce and online sales, and ‘digital footprint’, which includes social media and web presence.

1% of store owners were reluctant to make such improvements due to lack of skills in their organisations. The start of the pandemic saw an explosion in online seminars from retail groups and from the Irish government, aimed at boosting the digital skills of the grocery sector.

However, employers may need to assume a lower baseline of familiarity with technology among their staff than they might initially suppose.

“We know that across the EU there is an average of 55-60% of people who have at least a basic level of digital skills,” says Mary Cleary, Chair of the Irish Computer Society, which runs the Irish Digital Skills and Jobs Coalition. “In Ireland, we’re doing a bit better, but only by two or three percentage points”. In other words, if you (or your employees) have difficulty figuring out your smartphone or sending emails, you are not alone.

An issue among all age groups

When you think of an employee struggling with technology at work, you may immediately picture somebody close to retirement. While age remains the best predictor of a lower digital skill level, ‘Bridging the Gap - Ireland’s Digital Divide’, a 2020 report from Accenture, found that one in five adults in the 18-34 age bracket rated their digital skills as below average (compared to 42% overall).

Those who did were far more likely to be working in lower income professions or have grown up with parents who did – it’s easy to forget that while owning a computer and smartphone is seen as a necessity now, it was still a luxury 15 years ago.

Younger people may be more likely to feel ashamed of not being able to use the technology they need to do their jobs and might avoid it wherever possible, not an ideal outcome if you’ve been investing in store systems to improve efficiency. Employees with lower digital skills in general might also avoid using new systems out of fear that they might break them.

Cleary cautions against the assumption that all young people are intuitively good with technology. “There may be a misconception that all children are digital natives now, but that is a misconception. They’re able to respond to a touchscreen… but in terms of using technology and developing real digital skills, they need to be taught that.”

Being adept with technology in your personal life does not necessarily immediately translate to the workplace, either; an employee with a stellar private Instagram following could seem like the ideal person to take charge of your small business’ social media account, but while they might be a better choice than someone who grudgingly uses Facebook to wish their friends a happy birthday, they won’t necessarily have the skills to break down social media statistics and decide what content is best to put out on a business-to-consumer account.

Help is out there

Thankfully, there is a lot of training out there that exists to move adult learners from barely surviving to thriving in the digital landscape.

The course now contains 31 discreet modules covering everything from back-office tasks to social media, with a new module on online sales and eCommerce in development, and is run through the Irish Computer Society. The ICDL Digital Citizen course is aimed at very beginners, with a focus on removing afear of technology.

Supporting Communities, a charitable initiative, runs a series of online seminars covering basic digital skills, online safety and social media. The courses are broken down into individual modules, so there’s no need to sit through anything that you already know, and there are lessons on how to get more out of Facebook and other tools that you or your employees are probably already using.

The Retail Ireland Skillnet runs a host of training options, covering all aspects of retailing (including digital marketing) from shorter e-learning courses to a two-year Apprenticeship in Retail Supervision and right up to BA and MA level.

You could also consider paying a private company to conduct training organisation-wide. While some more technologically adept employees may consider such training a waste of their time, you might be reaching a crucial few who were afraid to put their hand up.

IT is a broad field and no one person can be great at everything – just ask any software engineer who has had to patiently explain, for the fifth time, that they don’t know how to fix their aunt’s internet connection. While most small business owners might be aware that you can hire companies to design websites and maintain internal systems, many aren’t aware you can also outsource your social media presence and eCommerce needs.