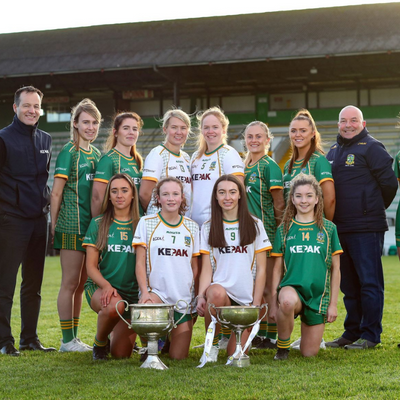 Kepak Group began its partnership with the Meath Ladies Gaelic Football Association in 2020 and the last three years has coincided with unrivalled success for Meath LGFA on the field.

In 2020, Meath Ladies rose to prominence as All-Ireland Intermediate champions, which was followed by back-to-back glory in 2021 and 2022 when they claimed their first and second Senior All-Ireland titles.

The inspiring wins have led to a surge in popularity and uptake in Ladies Football in Meath. Since the partnership with Meath and Kepak began in 2020 there has been an increase in clubs now registered within the county, while the number of players in Ladies Football has doubled.

Kepak’s partnership with Meath LGFA underscores the Clonee headquartered food company’s continued commitment to supporting local communities and diversity and inclusion. Kepak also works with Meath LGFA to provide essential funding to drive the continued growth and development of teams at every level throughout the county.

Kepak has a strong history of supporting Gaelic games in Meath; the company and county previously enjoyed one of the longest and most successful relationships in Gaelic football, featuring a 15-year sponsorship of the men’s team.

Commenting on the company’s extended partnership of Meath LGFA, Mick O’Dowd, Head of Agri-Business Kepak said: “Kepak are delighted to continue its partnership with Meath LGFA for the next three years. Being able to play a supporting role at such a ground-breaking time in Meath Ladies Gaelic Football is a huge honour for Kepak.”

“The considerable increase in the number of girls playing Ladies Football in Meath is testament to the hard work that has been put in by the county and its clubs over the last number of years in promoting the game at all ages, with the outstanding achievements of the Senior team undoubtedly inspiring young girls throughout the county.

Meath Senior Ladies success has not only contributed to encouraging uptake of the game in Meath, they have also played a key role in motivating girls to get involved in sport nationwide. We look forward to building on our commitment to Meath LGFA over the coming three years and working closely with players, management and county executive to realise the team’s further ambitions.”

Colm McManus, Chairperson, Meath LGFA said: “We are delighted that Kepak are continuing their sponsorship of the Meath LGFA for the next three years. Our aim is to build on the massive success of our ladies’ teams over the last three years and work to further develop the game at all levels. We look forward to Kepak’s support in working towards growing the game in Meath even further. We fully appreciate the importance of having a committed business partner investing in our local community”.

Over the next 12 months, Kepak and Meath LGFA will be running a number of community & promotional plans including: