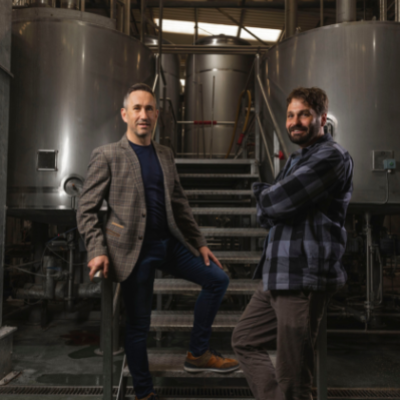 It has been a challenging time for the beer industry, with the market seeing a significant decline over the last year. However, according to Nielsen data from 2021 one of Ireland’s leading independent craft breweries, Rye River Brewing Company, based in Celbridge Co. Kildare, has seen an 11% growth to become Ireland’s #1 retail craft brewery. This follows a successful period for the Irish company, which has been honoured as the most awarded independent craft brewery in the world for the last 2 years running. It is also currently preparing for the next phase of growth and is about to go to market to raise €3.5m for growth capital investment.

As the brewery approaches its tenth year in business, the creators of Ireland’s number one selling Irish craft beer, McGargles, are going back to the source with a renewed focus on the company’s origins on the banks of the Rye River. The popular McGargles range will now be found under the brewery-led Rye River Brewing Company brand which features an origami Kingfisher. a nod to their continued pursuit of brewing perfection. Fans of the well-known and loved McGargles range will be glad to hear that, while the name has changed, the beer recipes themselves are staying exactly as they are.

Tom Cronin, Founder and Managing Director RRBC, said: “In the past, we have been described as the ‘biggest little brewhouse you haven’t heard of’ and I suppose we have been consistently punching above our weight for some time now. Anecdotally we know that we are sometimes seen as an outlier in the industry because, for a small independent craft brewery, our output is considerable, brewing 24/7 on a small 2500 L brewhouse.

Really though, our success is down to the hard work and dedication of the team, and the quality and consistency of the beer we produce. We believe that now is the time to have our brand truly reflect who we are and so we are proud to put Rye River Brewing Company front and centre on our beers, allowing us to connect with more customers in more markets.”

Something In The Water

Rye River Brewing Company mashes in up to 40 brews each week which contributes to their  30 unique recipes, led by Head Brewer, Bill Laukitis. Speaking about their brewing process, he said: “The first step in the production of great beer is to get your water consistently right. All our recipes contain a unique water profile that is designed to match the style of beer, using an on-site reverse osmosis purification system that gently purifies the water allowing us to start with a clean canvas. Our malts and hops are all hand-selected from the very best sources available in the world, with different combinations chosen for different brews. Additionally, we propagate our own yeast strains in-house and to put it plainly, it means we have absolute control over the quality and consistency of the product right from the start.”

Rye River Brewing Company is also a member of Bord Bia’s Origin Green programme and places a keen emphasis on sustainable production methods. In 2021 one hundred per cent of the electricity used in the brewing process at Rye River was powered by renewable sources.

Adding another string to its already well-decorated bow, Rye River is currently making plans to use the brewery as an intimate event space which will be known as ‘The Source.’

Tom Cronin said, “We have a loyal community of beer drinkers, and it’s growing all the time. Coming out of the pandemic, we recognise the need in people to reconnect with shared experiences. As the source of many good things – creativity, innovation and, great-tasting beer – we think our brewery is the perfect location to bring people together to celebrate the creativity of others. We are excited to rename the events space at the brewery ‘The Source’ and will offer this space for a series of exclusive intimate events such as live music gigs, comedy, theatre, art exhibitions etc. on a complimentary basis. We look forward to seeing how it could evolve over time and grow into an exciting hub at our busy brewery.

Those interested in registering interest to attend or perform at future events at The Source are encouraged to apply via the website form at ryeriverbrewingco.com