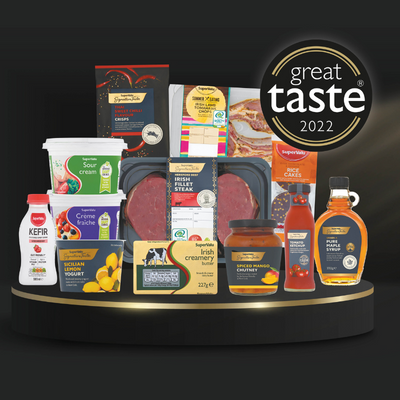 The winners of the renowned Great Taste awards were announced this week with SuperValu taking home 108 awards and Centra taking home 50 awards.

This marks the most successful year ever for the brands at the Great Taste awards, and places them at number one in the Irish market.

SuperValu won 108 awards, making them number one in the multiple market in Ireland. SuperValu’s Signature Tastes range won 58 awards, further solidifying its position as the number one Premium Range for taste and quality in an Irish supermarket. Centra took home a total of 50 awards making it the number one convenience retailer in the country, including 19 awards for the Inspired by Centra premium range.

Other key highlights within the winners are five awards for coffee brand Frank & Honest, one award for The Happy Pear and two awards for Moo’d ice cream.

For more information of SuperValu and Centra’s awards at the 2022 Great Taste Awards visit www.supervalu.ie and www.centra.ie.