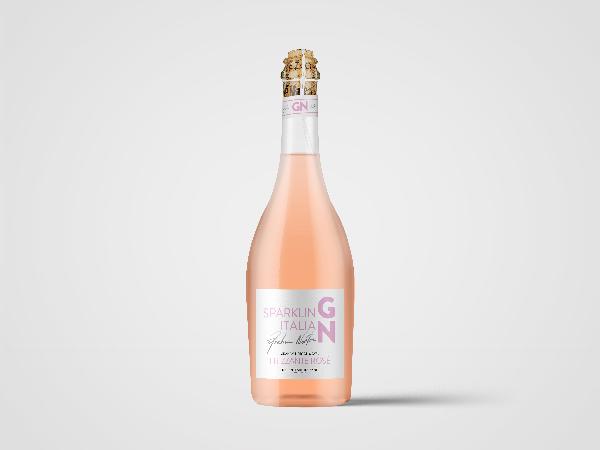 Barry & Fitzwilliam are delighted to launch Graham Norton’s Own Sparkling Frizzante Rosé wine from Italy to the Irish market just in time for Christmas.

The new pink frizzante - a collaboration between Graham Norton and Kiwi wine company Invivo & Co - has been made in response to the growing numbers of people in Ireland seeking lighter styles of quality sparkling wine, and is a welcome partner to the already-popular Graham Norton’s Own Frizzante.

‘Graham Norton’s Own Italian Sparkling Frizzante Rosé’, the fifth addition to Graham Norton’s Own award-winning range of still and sparkling wines, is made with the Glera grape (otherwise known as the ‘Prosecco’ grape), and is grown and produced in the same way as Prosecco. It has been blended with Pinot Noir grapes to make a lighter, drier style of sparkling rosé wine.

Like its twin, the white Prosecco, ‘Graham Norton’s Own Italian Sparkling Frizzante Rosé’ is crisp, fresh and

about the arrival of the Graham Norton sparkling frizzante rosé wine for Christmas and New Year, particularly on the back of the growth on the Graham Norton’s Own Frizzante! The rosé sparkling is made by our same Italian partners to ensure consistent quality and style.”delicately structured. It has a delicate strawberry drive throughout thanks to the addition of Pinot Noir in the winemaking and is well-balanced. The light berry-fruit notes combine with sweetly scented notes of tropical flowers to make a delicious tipple that is the perfect compliment to the Kiwi summer, and a slightly lighter option at 11% ABV. The sparkling rosé is made sustainably with Invivo & Co’s Frizzante producer partners in Italy and is vegan friendly.

The Irish have responded in their masses to the launch of Graham Norton’s Own Frizzante, released in 2018; sales increased by more than 15% into 2019 and over 300% in the first half of 2020.

Invivo & Co Cofounder Tim Lightbourne comments “Over the past two years we have seen phenomenal growth of Graham Norton’s Own Frizzante and think that the upwards trend will continue as the Irish discover light and dry styles of sparkling wine that are affordable. At Invivo we are always seeking to innovate and drive future trends so we’re very excited to bring one of the very first sparkling rosé wines from Italy to Ireland, made in partnership with Graham Norton. Our new wine taps into the growing popularity of Frizzante and also the emerging trend of consumers looking for pink drinks and dry styles of rosé wine. We’re excited to see people in Ireland enjoying it over the Christmas season and are delighted that Graham Norton’s Own wine and spirits range is continuing to grow in popularity in Graham’s home country.”

Sparkling wine is continuing to grow in popularity. The ISWR’s 2018 report situated Prosecco as driving a substantial 90% growth in the UK between 2011 and 2021.According to Nielsen, sales of Prosecco in New Zealand have increased by more than 40 percent over the past year and it is believed that the country is still 12-24 months away from peak consumption, matching levels currently found in the UK.  UK sales of sparkling rosé wine across the New and Old Worlds, excluding Champagne, reached £82m in the year to June 2020, up from £67m two years prior (Nielson).

Graham Norton and Invivo & Co already produce a Marlborough Sauvignon Blanc, New Zealand Rosé, Aussie Shiraz and a Prosecco and Frizzante from Italy that are growing exponentially in New Zealand, the UK and Ireland. The partners are celebrating producing their 10 millionth bottle of wine this year since their partnership began in 2014, and they also produce two gins (one Pink and one Irish) in collaboration with a boutique distillery in West Cork in Ireland under the Graham Norton’s Own Wine and Spirits brand.

A shareholder and board member of the Invivo brand, Graham Norton is involved in every step of the formulation of his wines and has personally blended his Own Sauvignon Blanc, Rosé, Shiraz and GN Prosecco which, over the past six years, have won over 50 medals including four trophies from the UK’s People’s Choice Awards, Gold at the Global Sauvignon Masters and Gold at the Prosecco Masters.

‘Graham Norton’s Own Italian Sparkling Rosé Frizzante’ will be available in Tesco, www.WinesOfTheWorld.ie and independent off licenses nationwide this December, priced at €12