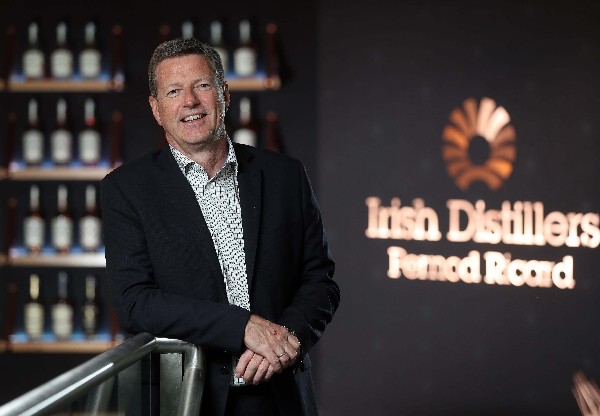 Irish Distillers, producer of the world’s most well-known and successful Irish whiskeys, has today announced strong growth across its portfolio in the first half of the year.

Commenting on its half year results, Conor McQuaid, Chairman and CEO of Irish Distillers, said: “At Irish Distillers we are incredibly proud to lead the sustained growth of an iconic Irish product that is truly loved the world over. As these results demonstrate, the great growth story continues across the portfolio, but particularly at the higher end categories of Irish whiskey.

“Jameson, which has been driving the growth of the category for the past 29 years, continues to thrive and is now in double- or triple-digit growth in more than 70 markets across the world. Consumers are appreciating the full Jameson family, particularly our super premium range, as seen by the growth of Jameson Black Barrel (+26%). In the six months to the end of December 2018 we are growing value (+8%) ahead of volume (+6%) with all regions contributing to this success. Standout regions where we expect future growth to come from included Sub-Saharan Africa, which saw 40% growth (excluding South Africa), and Asia, where India saw 50% growth.

“Single pot still Irish whiskey continues its resurgence from the almost forgotten category that Ireland used to be known for. Eight years on from announcing the single pot still whiskeys of Midleton initiative in 2011, the category has quickly established itself as a drink of choice and found its place among the upper echelons of world whiskeys. The sector is thriving as Redbreast continues to increase sales, with value growth of +20%, and the Spot range growing by 43%. Redbreast is the most awarded single pot still whiskey in the world, and its high regard is reflected in these fantastic growth figures. We hope to see further growth in the Spot range following the global release of Red Spot in November 2018. Irish Distillers has released over 10 new single pot still Irish whiskeys since May 2011 and the feedback from whiskey drinkers has been phenomenal. The style has strong links to the history of Irish whiskey but is interpreted in a new and modern way that is fresh, innovative and of an outstanding quality which is really resonating with whiskey drinkers.

“The growth of our Method and Madness range (+12%) reflects the increasing appetite for innovation in the category, and this range will continue to grow in the years to come, with the first liquid from our Micro Distillery due to mature later this year. Growth of the prestige range is particularly strong in the Irish market with value growth of 32% and volume growth of 21%. Powers’ growth in Ireland remains steady at 4%.

“2018 has been another successful year for our brand homes in Bow Street in Dublin and Midleton in Cork, with visitor numbers growing strongly in both. In December 2018, Jameson Distillery Bow St. was named the World’s Leading Distillery Tour at the World Travel Awards in Lisbon – an annual search for the finest travel and tourism organisations in the world, featuring the winners of WTA’s six regional ceremonies going head-to-head for the coveted World titles.”