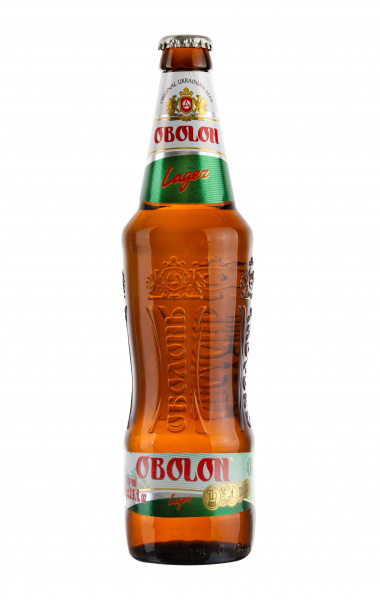 On the independence day of Ukraine August 24th, we are delighted to announce the largest domestic Ukrainian beverage producer 'Obolon' have agreed to partner with Ireland's leading independent drinks' distributor Barry & Fitzwilliam to bring their beer to Ireland.

Obolon went down in history to become the first private company in independent Ukraine by receiving a privatization certificate from the State Property Fund of Ukraine № 1. The construction of the plant was aimed to provide the country high-quality beer that would meet high world standards. Czech experts who are world-famous masters of brewing were invited as leading experts. They determined the place of construction for the new brewery. The main criteria was the source of artesian water which is the main component that determines the taste of beer. The historical place of the Kyiv city which is located on the right bank of the Dnipro river.

Today the brewery is one of the largest in Europe and the largest domestic beverage company in Ukraine. The War started by the Russian Federation forced the company to pivot and find an opportunity to continue its activities. Despite the extremely difficult work conditions in wartime Obolon tries to support its employees by providing them jobs and salaries, as well as supporting the military who courageously defend Ukraine and European countries at the cost of their own lives. Today the sources of artesian water that are available to Obolon are used for water production including free distribution to the military and people in war-torn regions of Ukraine.

Obolon corporate enterprises have already provided more than 3 million litres of water free of charge. Additional funds are needed to be able to continue to provide this assistance. With this aim Obolon is launching a project that will allow people around the world to support Obolon in its noble mission. To provide an additional 4 million litres of water, Obolon aims to raise 1 million dollars through 1 bottle of beer. The last bottle of Obolon beer brewed in a peaceful Ukraine. The ‘Last Obolon’ will be auction at a Christie’s auction in NYC bidding starts at $1 million. Obolon was the first privatized brewery in a post-soviet Ukraine. It became the nation’s household beer, synonymous with freedom and independence. Two things that were taken away from all Ukrainians, the night their country was invaded.

The Last Obolon brewed in peacetime holds an unmeasurable symbolic value, especially to those who have a personal connection to Ukraine. But more than that, it offers a way to donate money, help millions of Ukrainians in need of water and to keep this unrighteous war into the spotlight. Many of the world’s wealthiest people, celebrities, companies and philanthropists have donated amounts far exceeding $1M to Ukraine and are still looking for ways to keep supporting the stricken nation. The Last Obolon helps them do just that.

An Taoiseach Micheal Martin has shown his support in Madrid in June when meeting the Irish Business Community members (image’s via link ) Ireland’s leading independent drinks distributor Barry & Fitzwilliam are very proud to announce their partnership with Obolon. Expecting their first consignment in October, Barry & Fitzwilliam will be donating to Obolons noble mission for every bottle sold in Ireland. Managing Director Michael Barry has said ‘We are very proud to be associated with this venture and we look forward to a successful long-term relationship with Obolon. We are delighted to be able to help the Ukrainian community indirectly.’